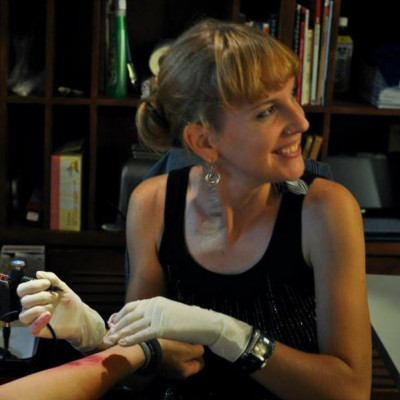 : Born and raised near Niagara Falls, Canada, Melissa moved to Taiwan in 2005 to teach English for a while. While she was there she learned the art of tattooing, and in 2013 she left her teaching days behind to embark on a year-long bicycle tour around Europe, where she would document the stories of the people she met and tattooed along the way. Since then she’s continued to move around the world with her machines in tow, in a quest to learn how tattoo culture, as it pertains to average people, varies from one part of the world to another.

Off The Beaten Path