My name is Tai Fu. I am a Taiwanese American who grew up in Houston, Texas. My mom took me to the US when I was 8 years old in 1989. At the time they told me that it was just a vacation, but for some reason we ended up staying there. I went to school there, getting bullied constantly, or if not bullied I was ignored by most other peers. I graduated high school and went to the University of Texas at Austin. 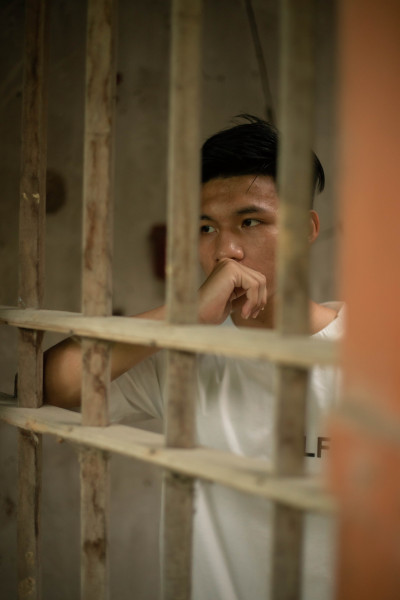 So 9/11 happened, and one day I was woken up by Federal agents raiding my place. They told me (eventually) that I was in the country illegally, and that the credentials that I’d been using were forged. So I was charged with possessing a firearm as an illegal alien, and for identity theft. However, I was given those credentials by my parents, who had somehow obtained them illegally (which I found out later on). I spent some time in prison, then was deported to Taiwan.

In Taiwan my whole life had been ruined because I had studied to be in a science/technical field, but in Taiwan, due to lack of education specific to Taiwan, the only jobs open to me were either sales or retail.  I’ve no interest in that work but I had to do it, begrudgingly. I spent my whole life working those kinds of jobs where my income was low, and promotion opportunities were closed because I simply wasn’t made to work those kinds of jobs. In 2004 I went into military service, and had to endure the whole wrath of Confucian hierarchy. Needless to say, I was always the black sheep, the bottom of the totem pole. There was no opportunity for advancement due to lack of understanding of relationships, and so I was forced to do whatever menial work was required of me.

After military, I went back to working retail, as I am simply unable to get teaching jobs. During that time I was able to get a business degree through the University of Phoenix, as that was one of the few degrees they offered (they also have nursing and criminal justice, but I’m not sure how I’d get jobs of that nature in Taiwan). So after years of menial work, working over 50 hours a week only making 19,000nt per month with no prospect of a bonus, I was fired by a new manager because of a “customer complaint”.

Instead, I went to Germany to do a ‘Discipleship Training School-Youth with a Mission’. I learned a lot, connected with God, but the leadership kicked me out for reasons they can’t seem to articulate. So back in Taiwan, working more retail jobs, and I was able to find some translation work and was able to stay barely afloat. Went back to Germany for a couple of months until I realized that it was too expensive for me to continue staying there. My pastor at the time had told me that perhaps I should start building guitars as a business because that was all I talked about. So I did that. I was doing translation work in the meantime, but work seems to dry up relatively quickly.

During all this time, my parents not only refused to show me support, as they were the ones who ruined my life. Instead they blamed me for everything, that my interest in guns is what got me in trouble. That politics had nothing to do with it, neither did them taking me to the US on a tourist visa. Every phone conversation was dreadful as they would constantly tell me how well every other member of the family was doing, and implied that I could never hope to reach their level of success.

In 2014 I was somehow approved for a green card to go back to the US as a legal immigrant. I was surprised to find this as I was deported as a criminal alien and the US has no legal provision for overcoming that. US Immigration law is such that if you so much as look at it sideways, you were never allowed to be in the US legally ever again, and if you entered illegally and were caught you would be charged with illegal reentry (which makes up a significant portion of the US Federal Prison population), which carries up to 20 years. So I foolishly sold everything and went back to the states, determined to return to UT Austin and do it right this time. And I did succeed, and I was hired by a professor as a research assistant, helping doctoral students do very important research. Sadly, US immigration caught up with me, saying that my green card was issued by mistake, and since I had visited a shooting range, they used it as a pretext to jail me and throw me back to Taiwan with nothing.

And so here I am, restarting the guitar business with what little support I have left. My parents would only “support” me by giving me some (not much) money every so often, but now they claim that they are too poor to support me and that I must find my way. Even though my father is a retired ROC Colonel, he refuses to use his connections to help me secure better employment (which is within his power). He tells me that I must do everything myself, and I have been, however without help it’s looking hopeless. Is my destiny simply to work another retail job, after retail job, for the rest of my days, simply because I like shooting guns at a shooting range every once in a while? I am a guitar builder in Taiwan.