KK is a coastal city, so when you arrive, you’ll have the option of exploring 5 more islands, very close to the main island of Borneo.  They can all be reached by boat in 10-20 minutes.  The biggest and baddest of the bunch is called Gaya Island.  Developed with fancy resorts on one side, the other side is inhabited by ‘illegal’ Filipino settlements, and some locals as well. Sadly, many of the people living here are stateless.  The Malaysian government considers them intruders, but tolerates them, because they are a great source of slave labour.  And just about everyone considers this area a no-go zone, including the police. 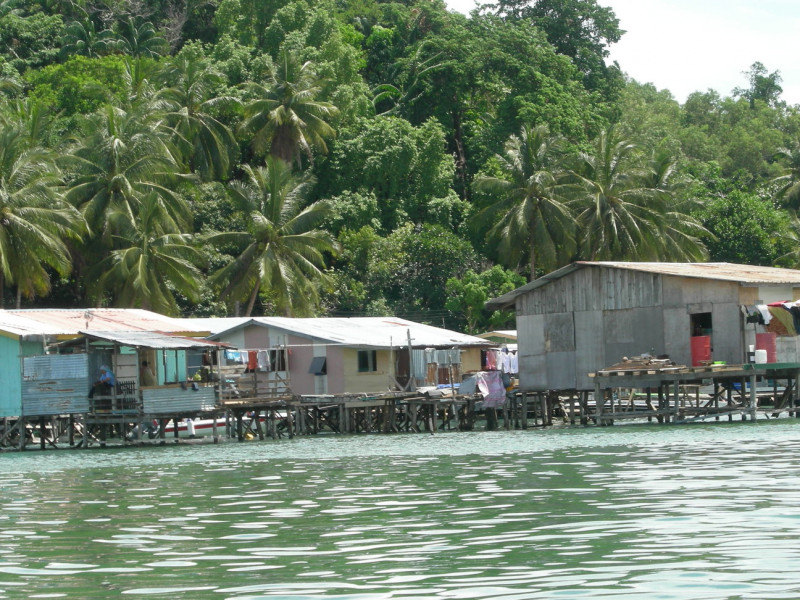 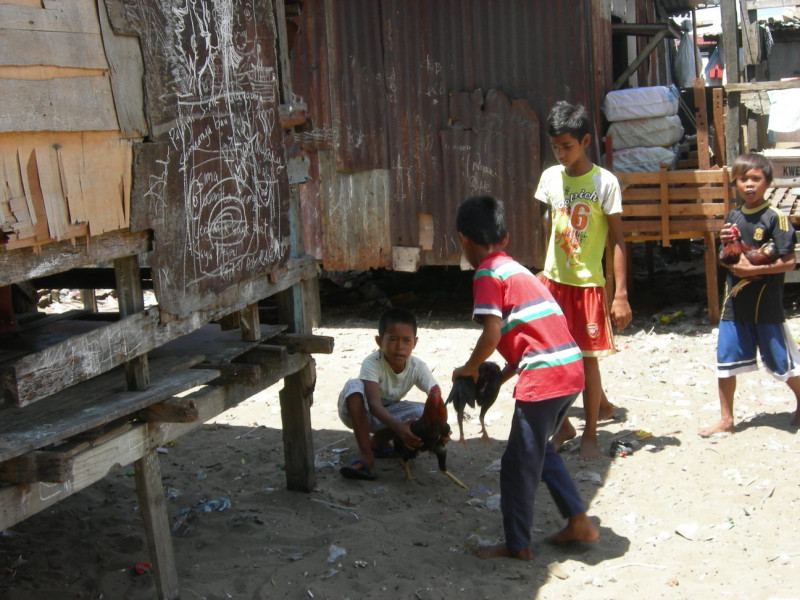 The jungle on this island is extremely rich and dense, and reaches right to the shoreline in most places, or close to it.   The Suluk and Bajau peoples living here, sometimes referred to as ‘Sea  Gypsies’,  build their houses and villages in the ocean, on stilts.   These floating villages are missing the basic necessities that most of us take for granted.  Fresh water is boated in from the main island of Borneo.  For food, they gather things from the jungle and sea and also have 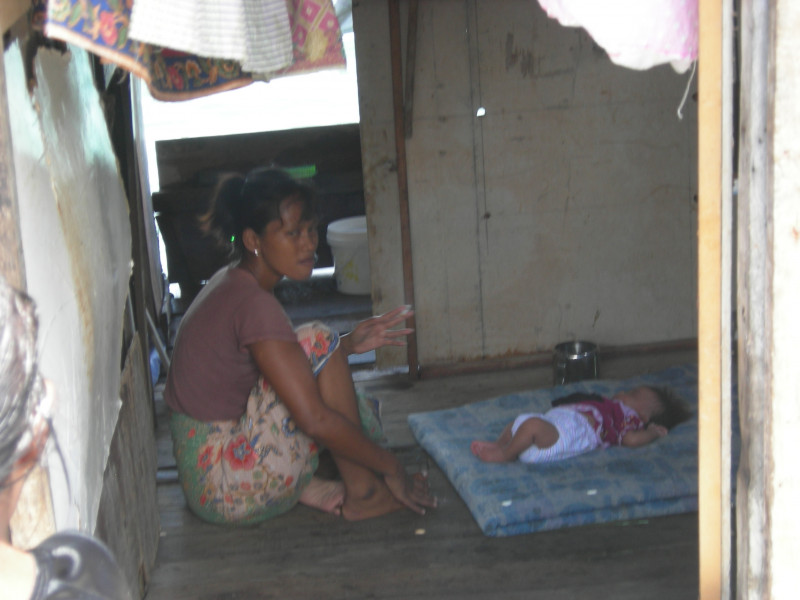 To get to the tourist areas of the islands, there are frequent boats leaving the harbour.   If you’re after a more authentic experience, stroll around the jetty and chat with people, someone is always willing to make some quick cash and take you over on a private boat. Unable to find a tour boat operator willing to take me to the infamous Gaya water villages, I enlisted the help of a dodgy looking fellow wandering around the jetty.   He turned out to be a lovely lad, very kind.  A small boat on a giant rough sea was an adventure in itself.  On the boat ride over, my new friend and guide tried to convince me that going with him was a wise choice, the only choice.  Upon arrival, I decided he was right, and felt grateful to have him by my side.  We arrived at the first village, he also took me on a trek through the jungle to visit another village later in the day.   I’ve been to ghettoes in several countries, but have never seen anything like this! 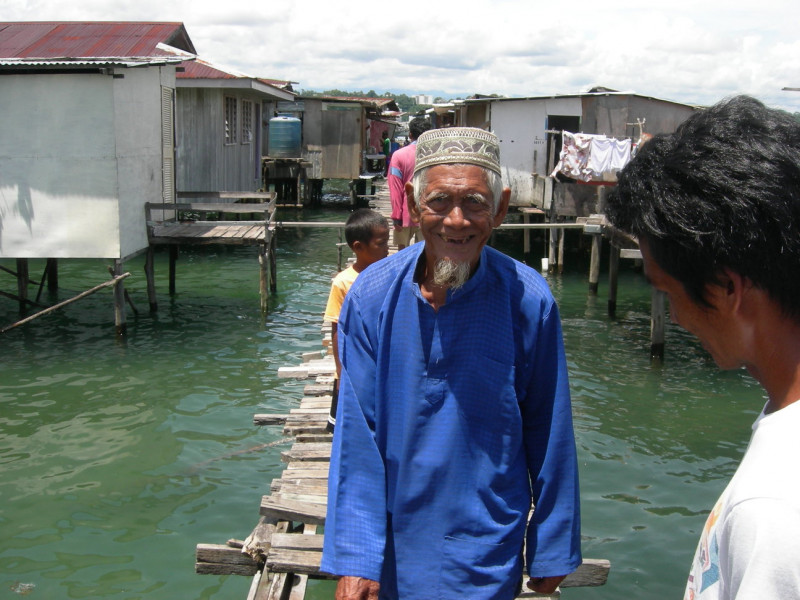 The walkways and shacks themselves were in severe disrepair.  They had a makeshift incinerator for burning garbage, which was just a small concrete block.  And there were heaps on trash everywhere, including lots of it in the sea and around the villages.   One item of rubbish in particular caught my attention, a small clear bag, with a yellow residue.  There were hundreds of them.  Then I spotted the large metal glue canisters and started to piece it together.  Countless adults and children were wandering around in a stupor, openly huffing glue from these bags.  Their glossy eyes were full of desperation and emptiness.   They were stuck, in this place, on this substance.  Who’s the dealer?  I wondered. 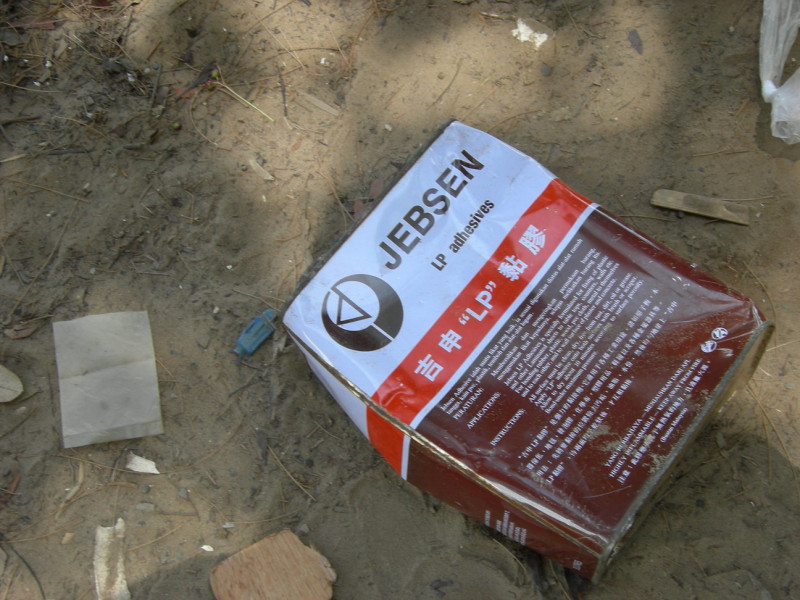 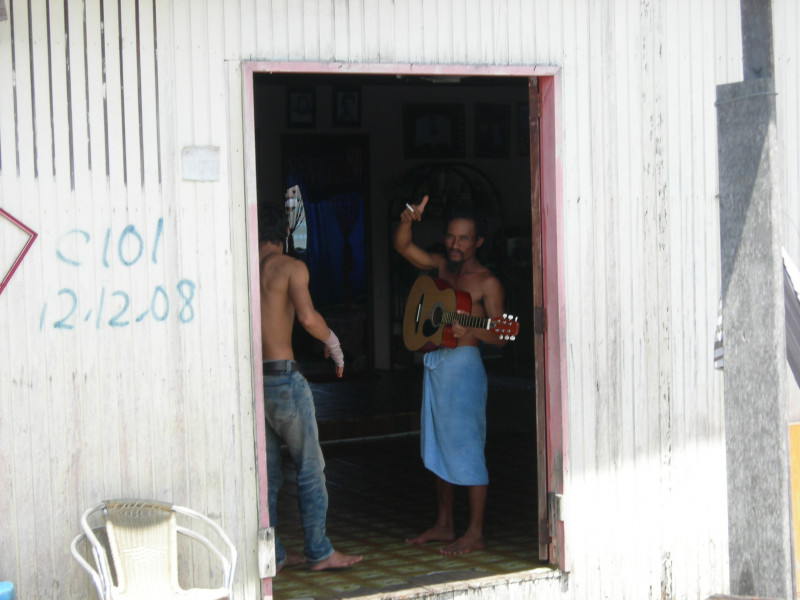 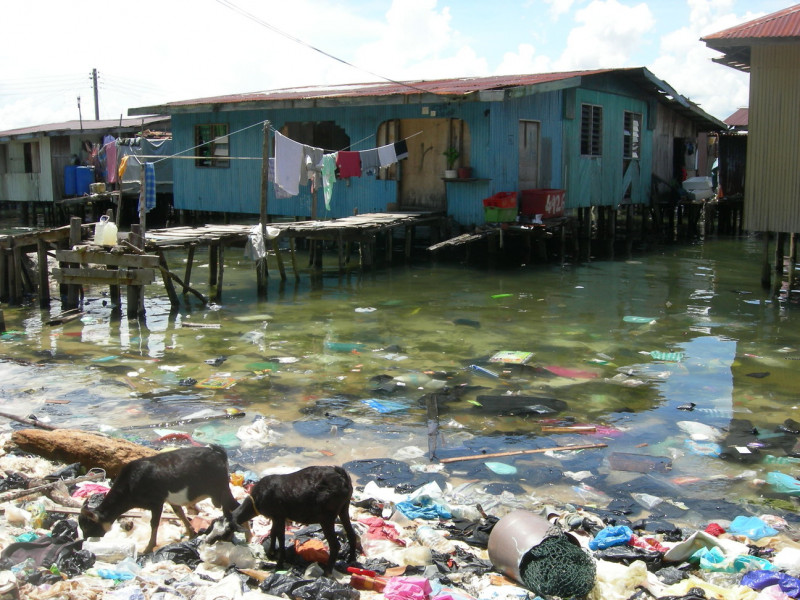 Even though the people there didn’t seem to have much hope, the morale and spirit of this place was really high.  The kids didn’t have many toys, but loads of fun.  The people there are incredibly resilient, resourceful and kind.  They welcomed me and offered me what they had, tiny rations of food and drink, their time and warm smiles.  I felt humbled and honored.