Mrs. Lin Liu Ping, from Taiwan, used to be a foreign laborer.  After giving birth to three children, she wanted to earn twice her salary to improve family life , so she went to the Okinawan islands to do intensive labor work with six friends. Her story is similar to many foreign workers , but then Taiwan was exporting labor , rather than  importing it.

As early as 1962, Okinawa was on about " importing technology". They recruited agricultural technical personnel from Taiwan to guide pineapple cultivation and fruit tree grafting techniques, and also hired workers for harvesting sugar cane and sugar making, at the same time, Taiwan and the Government of the Ryukyu Islands(Okinawa) also signed a contract to allow about 2,000 agricultural technicians and seasonal migrant workers each year.

“My grandmother was one of those great women who went to Ryukyu.  She was born in 1921,  and received Japanese education, so the language was not a problem.  She was in her forties and still wanted to make a little extra cash to support the family. Altogether, she went twice and each time she stayed for eight months.” In the canned pineapple industry, for example, the main reason they considered laborers from Taiwan was because of their diligent attitudes, the workers were skilled and hard working, and wages were lower than those of the local workers.  Okinawa Canned Corporation hired workers from Taiwan under the guise of "importing technology", those workers already worked for the local Taiwan canned pineapple factories, therefore, they were very familiar with the process, they were all skillful and did not need special training or instructions. “Grandma never followed the fate of this life and she always kept her chin up. As for foreign laborers, I no longer have ethnocentrism. After all, I was raised up by a foreign worker who sacrificed herself. I wouldn’t be able to do what she had done.” 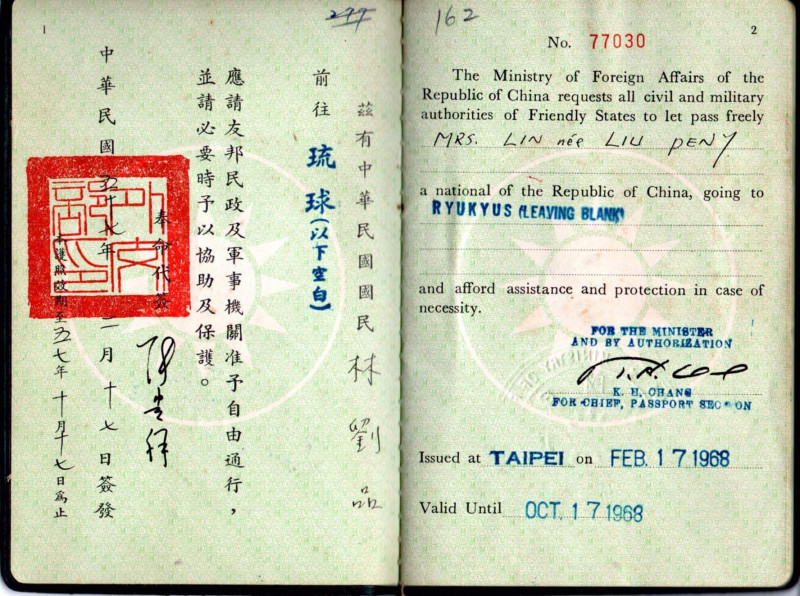 She went to Okinawa as a foreign worker twice around 1968, was one of the few exported Taiwanese laborers.

Taiwan Japan foreign workers
Back to Articles See Next Article