Roughly 85-90% of all humans in the world self-identify with some form of religion, so it is an extremely influential force in all societies.  The term ‘cult’ has acquired a pejorative connotation .  But isn’t a cult just a new and smaller religion?   Let’s take a look at the religious landscape in Taiwan, and more specifically, in and around Taichung. 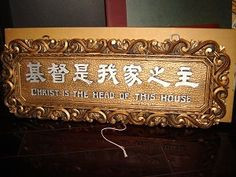 A mixture of Buddhist, Taoist and folk religion temples rule the religious scene in Taiwan., with over 12 000 of them.  For perspective, there are only about 5000 7-11 shops.

Christianity makes up about 4.5% of the population, about a million followers.  There are close to 5000 churches in Taiwan.

Islam  is quite small with around 60 000 followers.

There are seven mosques in Taiwan, one in Taichung~ The Taichung Mosque is affiliated with Sunni Islam.  #457 Dadun South rd.

Formed in 2004, registered since 2007.  Over 80 000 members, at 33 branches.  They’ve set up clubs in 128 universities across the country.  They don’t have churches or temples, but rent auditoriums and such. The normal monthly fee is 2000NT.  Members say they can have their Karma cleaned by the Master. This group went from being endorsed by the CCP to being violently persecuted in China., starting in 1999. They have a constant presence at Taipei 101 and can be seen peacefully meditating, engaging tourists with literature and graphic photos of organ harvesting against members in China, and also tussling with the small but feisty pro-China group called The Concentric Patriotism Association (CPA).

Teacher Wang built up a community with more than 200 shipping containers in several locations in  Ai Lan village, Puli, Nantou. He convinced people the end was imminent.    The apocalypse was to take place on May 11, 2011 at 10:42:37am.

He was later charged by police, fined, sued, and faced heavy public scrutiny. Police and neighbors claim he is very low-key these days.  Most members have left and all we know for sure is that he is living in the container compound with his mother.

Originally started as ‘The children of God’ in California in 1968, by David Berg, AKA Moses David.  Active in Taiwan since 1980.     We had an enlightening talk with M, a former member. G: How did you get involved with The Family International?

M: I was born into it, my parents were members, so I grew up in the organization. It was the only thing I knew.

G: When and why did you leave?

M: It was just after I turned 18. I got into an argument with my dad and ran away, but I was already looking into different options in life.

G: What contributions to the group are members expected to make?

M: Members are expected to live by the rules of and to pay a monthly tithe. This supports organizational leaders and literature.

G: The Family seems quite active in community outreach, is that a principle of the group?

M: Being involved in the community is mainly a way for them to spread ideas, like the Mormons. They do their outreach to try to convert people.

G: Do you still have contact with family and friends that are current members?

G: What challenges did you face when leaving the group?

M: The main thing that I faced when leaving the group was the fact that I didn't have any friends outside of the organization. I had a couple friends and family that had already left so they were a little bit supportive.  When my older brother and sister left the organization, my dad was pretty helpful.

G: What traits did you learn from your time in the group, that you still hold on to today?

M: Some traits that I learned were actually very useful, like working or studying hard.  But some traits were off, they were affecting how I would dealt with people.  In one way, it would be good, I could talk with anyone from almost any walk of life. But it was difficult to relate to them because I grew up in a totally different way.  I didn't go to regular school or hang out like most young people my age, so I could've been a little socially awkward.  Sometimes I still am, but I think I'm starting to understand how the regular world works.

G: Was the environment very strict or oppressive?

M: The environments in the organization differ from each house, community and country.  When I was in Taiwan, it was very strict. We couldn't have friends over, visit friends’ houses, play video game, have computers, watch TV or read any material that wasn't published by the organization. It was a very closed group. You can call it brainwashing.

G:What does the group encourage young people to pursue?

M: The organization tries to teach the kids to stay in the organization and to go out to convert people.   We did charity work at old age homes and prisons. In Taiwan, most members didn't have jobs, they would live on donations.

G: How are ‘trouble makers’ handled?

M: Oh boy troublemakers. When I was younger, I was very stubborn and was classified as a troublemaker. They would put you in a room and make you read a bunch of literature, have prayer meetings and treat troublemakers like they were sick or  an outcast.  Voicing opinions against the leadership, led to harsh measures.  Leaders would cast them out of the community and make an example of them. If any member left and something bad happened to them, they would publish material that would say things along the lines of "this is what will happen to you if you leave, you can't survive outside of the organization etc etc”.

G: Did the group face persecution?

M: The group has faced persecution, usually in America or  Australia where the communes have been raided and the children  put into social care.

M: That depends on what classes as illegal. Flirty fishing could be classed as prostitution but they tried to make a loop hole that the "fish" were making a donation and the money wasn't for sex etc. Then there is also the case of what they call sexual sharing, it's when a single person doesn't have any sexual partners and  someone of the opposite sex, whether they were married or not, could share their love or sex with that person. I don't know if extramarital sex is illegal or not but that's just one thing.

G: Does the group promote lying and secrecy?

M: Oh they promote secrecy and lying all the time. They say you should lie to outsiders to protect the group.

G: Are you happy with your decision to leave? Do you still have difficulties or emotional baggage?

M: I am very happy with my decision to leave. I see how the group has affected people that have stayed. They can be very self- righteous or have strange mentalities or ways of thinking.

Taiwan cult religion
Back to Articles See Next Article