Un-beknown to most people is the existence of an airfield situated in Yilan which was built before WW2; before the Japanese declared war on the United States.

There were originally 3 airfields constructed in Yilan: the south airfield, the north airfield and a “secret” airfield. This article concentrates on one airfield, which is the south, although the airfields were well connected and very close to each other, Attempts to find traces from aerial photographs, maps and Google earth of the other airfields have proved fruitless except for one remaining hangar which used to be located on the north airfield.

Parts of the south airfield are still there, although most of it has been either built on for residential housing or converted into a nature area and science park.
When I visited some years ago, part of the airfield was off limits to the public due to the fact that it was still a live base, as I unwittingly discovered. The military decided to construct a gate and a guard house on the access road to the base, but the perimeter of the base was open to rice fields. I even managed to get into a storeroom and take pictures of boxes of flares before I realised I shouldn’t really be there.

Airfield construction was commenced in 1936 and finished during the same year. Construction was achieved mostly by asking (demanding) the students of the local agricultural college to provide labour. The construction of the airfield was mostly done by hand and very few machines were used.
In 1939, the airfield took on another role as a weather observation station, and a meteorological observation building was constructed which is still in existence today, but has been relegated to agricultural storage use.
Also in 1939, the control tower was constructed. This also remains, although it was modified by the KMT when they took over the airfield.

During the war, students and locals were recruited to build fake bamboo and straw aircraft and place them on the “wrong” side of the airfield in an attempt to foil allied raiders. Many of these fake aircraft were constructed during the war. The allied pilots quickly found out that most of the aircraft were fake due to the lack of black smoke usually witnessed when aircraft are burning, so attention was often diverted to strafing the runway and airfield buildings.
Kamikaze sorties were flown towards the end of the Pacific war, with the Kamikaze crews stationed in the dormitories of the agricultural college. The students were forced out and were required to sleep in the stadium of the college, or build their own makeshift accommodation out of bamboo and other local materials.

Throughout the war, over 2, 500 pilots took off from this airfield towards allied fleets on suicide missions.

After the war, in 1945, the airfield was abandoned. However, the KMT were quick to get their hands on the airfield when they arrived in Taiwan. The airfield was little used, but it continued its role as a weather station and as an emergency landing site. The airfield was given a paved runway which had a length of approximately 5000 feet with an orientation of  north east to south west, and a new military complex was added to the south west. On the north east side of the airfield, there were (apparently) maintenance facilities and dispersal hard standings - these are taxiways ending in concrete circles where aircraft are parked to effect a rapid takeoff in the event of an attack.
There is evidence of the dispersal hard standings still to be seen, and some of these now form part of the streets of a new housing complex.
When I visited, the runway was also still in existence, and most of it stood in a poor state of repair.

The airfield was later handed over to the Taiwanese navy. The navy stationed a PC-3 Orion aircraft at the airfield. This aircraft was used as an airborne early warning aircraft. Plans were made by the navy to expand the airfield and increase its capabilities, but this would mean that no planning permission would be granted on or near the area for buildings over a certain height, which annoyed the local government at the time. Also, residents were opposed to the noise extra air traffic would cause. The cost of running the airfield as it was, was unjustified without expansion as it was inefficient just to station one aircraft there. Because of the concern of residents and also of expense, attempts to increase the capacity and role of the airfield were abandoned.

The airfield eventually closed in 1973 before being abandoned by the military. A KMT soldiers village existed nearby until recently, but this has been demolished.

The airfield is still listed with ICAO as RCMS. It is listed as a visual navigation aid. 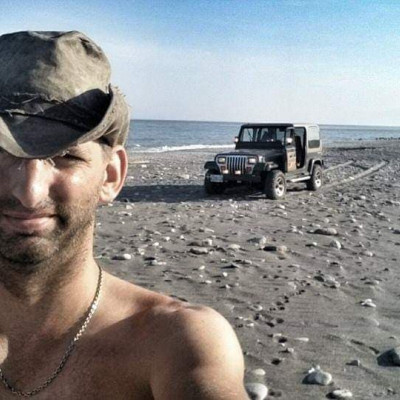